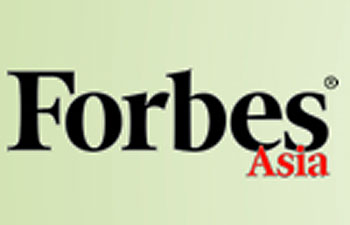 Our MD and V P Project receive Forbes ‘ Best Under A Billion’ award from The Deputy Prime Minister and Industry Minister of Thailand. 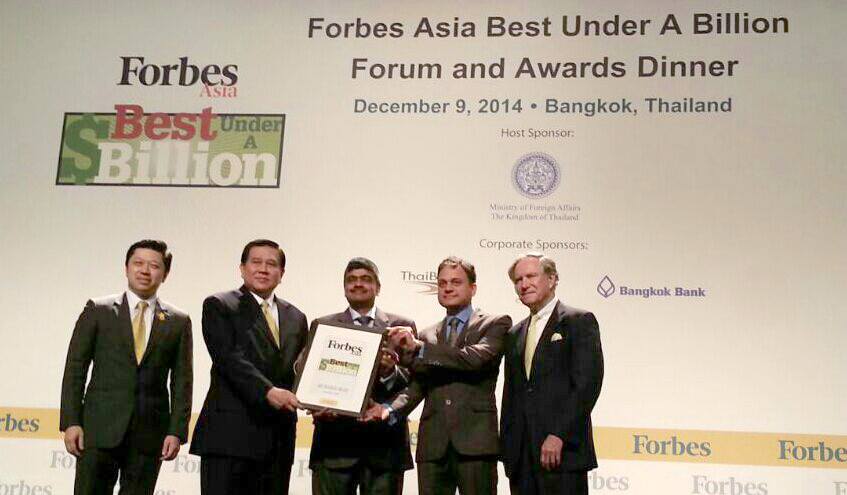 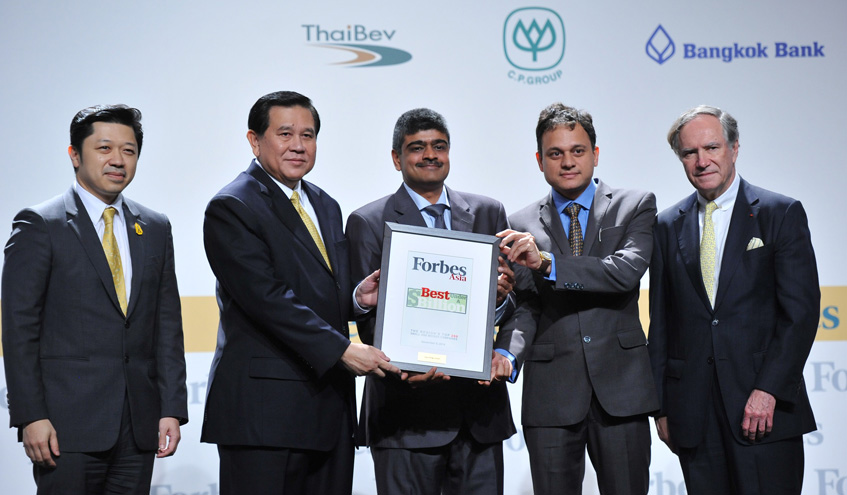 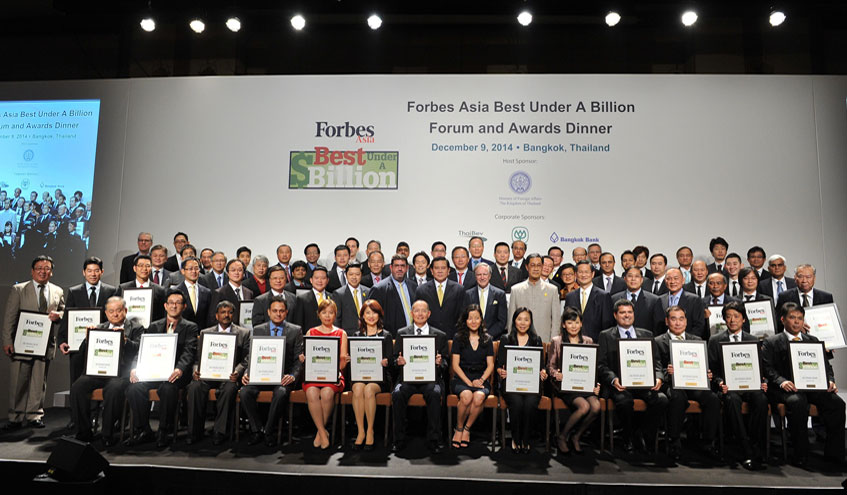 Bangkok, Thailand December 2014: Ujaas Energy Limited (Formerly known as M And B Switchgears Limited) India’s Fastest Growing company in the field of Solar Power Generation * and 3rd largest in roof top solar segment in India, has been chosen as one of Forbes Asia’s Best Under a Billion companies in 2014 and conferred with an award for the same in formal and grand function organized, at Plaza Athénée Bangkok.
The unranked list is comprised of 200 top-performing Asia-Pacific companies, selected from a pool of 17,000 publicly listed companies with revenues between USD 5 million and USD 1 billion. According to Forbes, eligible companies must not only be profitable; they must also be consistently growing, and with modest indebtedness. Candidates must also be free from major legal trouble and questionable accounting or management practices.
The Best Under a Billion Dollar List is not just a compilation of top performers in the technology industry. Rather, it is a list that covers all industries, such as manufacturing, construction, software and so forth.
“It is highly motivating and encouraging for us to get included in the prestigious list which is purely based on the excellence with the evidence of integrity. We will put our best foot forward to keep up with the standards of excellence/merit in every respect”, said the JMD Mr Vikalp Mundra of Ujaas, who had gone to receive the award.
In the past three years, UEL has consistently exceeded its own sales targets resulting in steady profit growth. UEL’s sales revenue in 2013 was historically the highest ever achieved

About UEL: Ujaas Energy Limited is the leader in Solar Power in Madhya Pradesh, India, with installation in Ujaas Parks, now MP stands at 3rd place in India in terms of solar capacity after Gujarat and Rajasthan.
Ujaas Park is a plug and play model of service in Solar Projects at an affordable cost. It is a single window to own a solar power plant, right from selection of land to selection of technology; putting up a solar power plant to getting all the permissions; selling power to third party buyers to the issuance of REC; trading of REC till the final realization reach to the account of the investor. And over and above taking O&M responsibility for next 20 years.
Thus, it gives a complete solution to an investor to own & operate a solar power plant.
The company is presently executing more than 2000KWs of roof top projects in UP and taking up many such projects pan India level.
Now Ujaas is also looking forward to offer a complete solution for solar installations right from the land to entire infrastructure in upcoming SECI (Solar Energy Corporation of Indi) and NVVN (NTPC Vidyut Vyapar Nigam )projects